Fishing Stage - Fishing Forum
Home | Fishing Digest | Active Topics | Newest Pictures | Search | Login | Register
The Most Active Discussions Today
Age for Fishing
I gotta sign off, my grandaughter just arrived. She'll be 3 next month. What is the proper age to start fishing? I need her to put the bait on my hook.
...continue reading this topic >>
What Is The Etiquette Of Expenses Fishing With Other People
I've fished with a number of people through the years, especially in the last fifteen years or so the subject of gas and other expenses has never really come up, probably because none of the people I have fished with have any issues with money.

My uncle bought a Grady White used for about $25k when he lived in the SF bay area, he spent about $6k in electronics, had to buy a truck suitable for towing it, all said and done he tied a bundle up. He has a dental lab and was making great money. My wife and I have always laughed about the way he bitched about taking his Dentist clients out fishing outside the Golden Gate, he would go on rants about all the money they are making and they never offered to kick something his way for gas or expenses.

I'd tell him, people that are flush don't think about things like that, it's a matter of simply not even thinking of it. If they asked you'd say no don't worry about it and people know that. I've asked people casually if they would like me to kick in for gas or launch fees, and have had guys say sure, you can get the launch fee. With friends it's one thing that's easy to talk about, but what would the etiquette be for hooking up with someone say on FS?

I've always got cash on me, and wouldn't give the idea of picking up expenses a second thought if that's what someone thinks is right. Wouldn't have a problem using my truck to pull their boat either.

Oh, I know what I've told people, make a lunch for me too,

I've also asked if a friend wants me to make them a sandwich too.
...continue reading this topic >>
A bad day at the ramp!
Last summer, while fishing on Truman Lake in Missouri we witnessed most of this "personal disaster" of an older gentleman. It was sad to see a perfectly good truck in the water like this. It was interesting to see the boat kept the back of the truck from sinking under. I think maybe he backed too far causing the rear wheels to be lifted from the ramp but am not sure of that. We never learned for sure what happened to cause it but did see by his actions that he was older and seemed quite confused, having trouble following instructions of those who were rescuing his truck and boat for him. Note that a couple of good guys, one in the water were attaching a line to the truck so it could be brought back to the ramp. I think the poor guy was still in the truck in the pictures and if the truck had actually sunk completely it could have been much worse that it turned out! 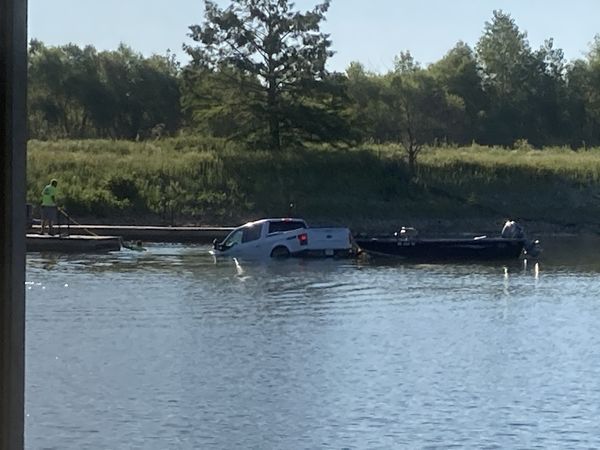 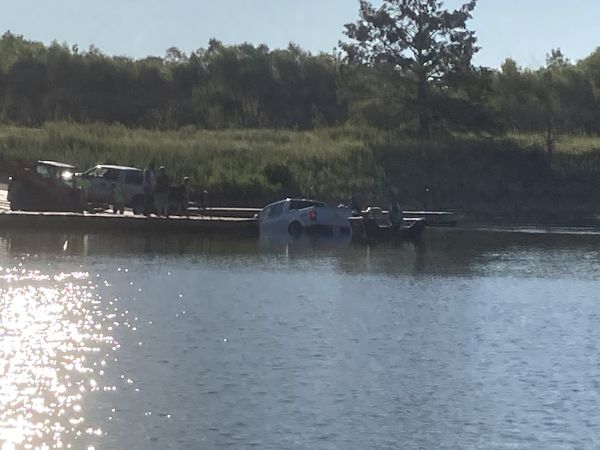 ...continue reading this topic >>
Catfish for Kat
I went out fishing Thursday afternoon to the Stuart inlet and all I could catch were catfish. I did catch a bunch though.

Joined a boat club, its great way to go fishing.
...continue reading this topic >>
Trout fishing
My sister and I caught a few trout today 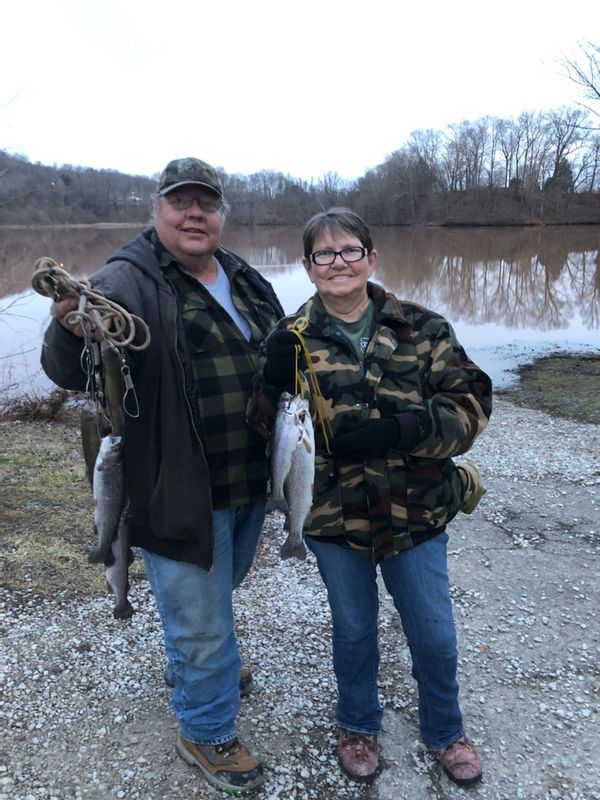 ...continue reading this topic >>
Who knows
What is this gadget. How do you use it. Unscramble this and use it surf or pier fishing
HCEBA RACT 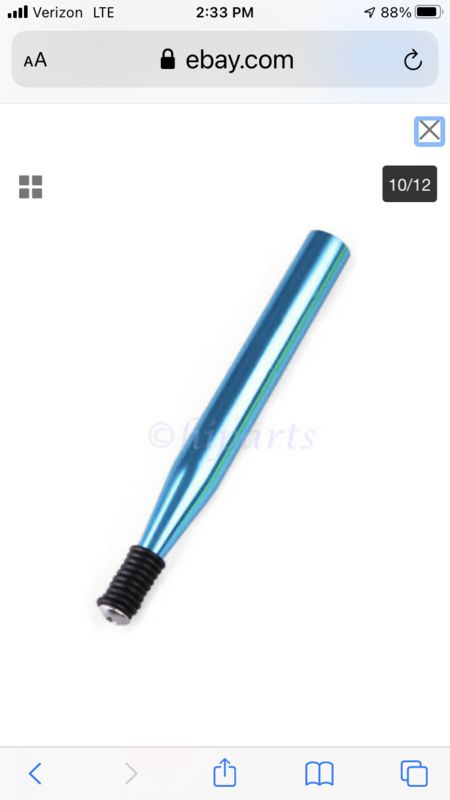 ...continue reading this topic >>
Over-sized Sturgeon
I have been extremely fortunate in my life time to catch a lot of Sturgeon including a lot of Over sized ones that I have mentioned, but here are pictures of a few of them. One you will see a measuring stick showing the distance from the tip of one's nose to his mouth as one foot. Another not shown here which was my first plus sized one was too long for my fishing partners carpenters rule which kept bending in the middle when trying to extending out to the tail, so I said get the oar and lay it next to the Sturgeon. That worked, the fish was about 4" longer than the oar and the oar was 9'. You will also see a jumping Sturgeon. I have had numerous one jump while on line even one that I have told you before that jumped up in the bow of my sled that turned out to be 8', but this one I saw the line start to rapidly rise so I was fortunate to have a camera near that I took its picture when it jumped. All of these fish were in the Columbia back in better days. I hope they give you a little pleasure as they gave me a LOT of pleasure. Thank god I had the opportunity! Thinking about these beauties and listening now to music brings tears. These were all plus 9' fish. I hope some are still alive and breeding. My largest Keeper was 5' 4" when the limit was 5'6" that is the one I am holding by my sign in name for Fish Stage. 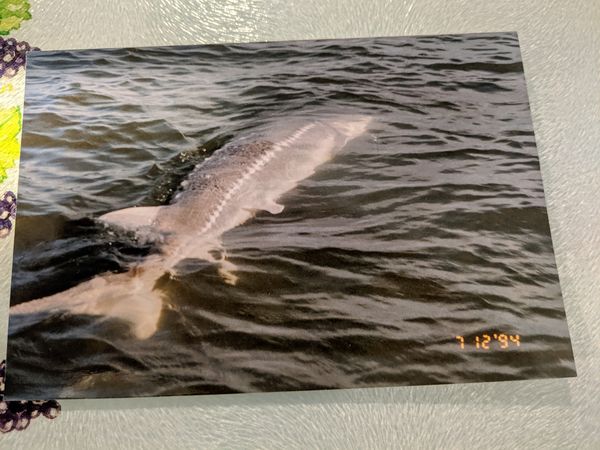 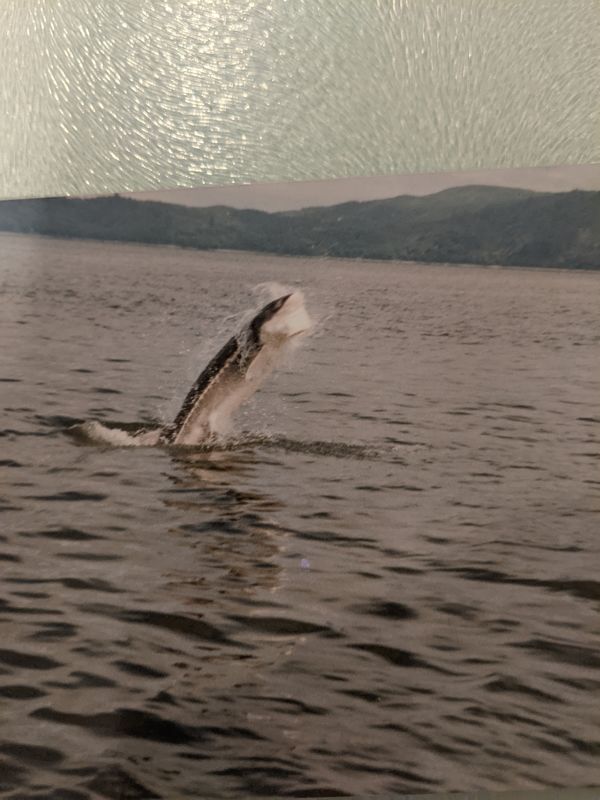 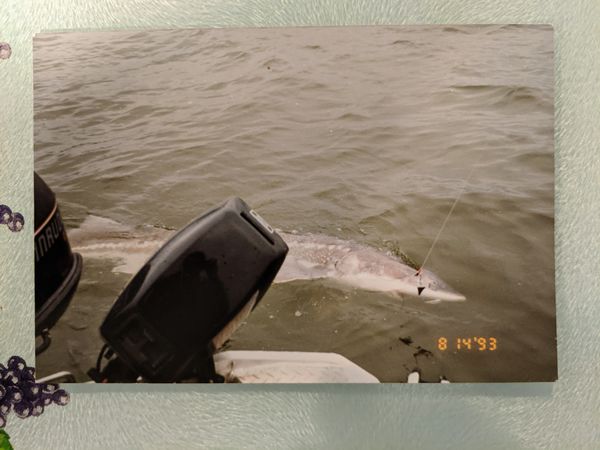 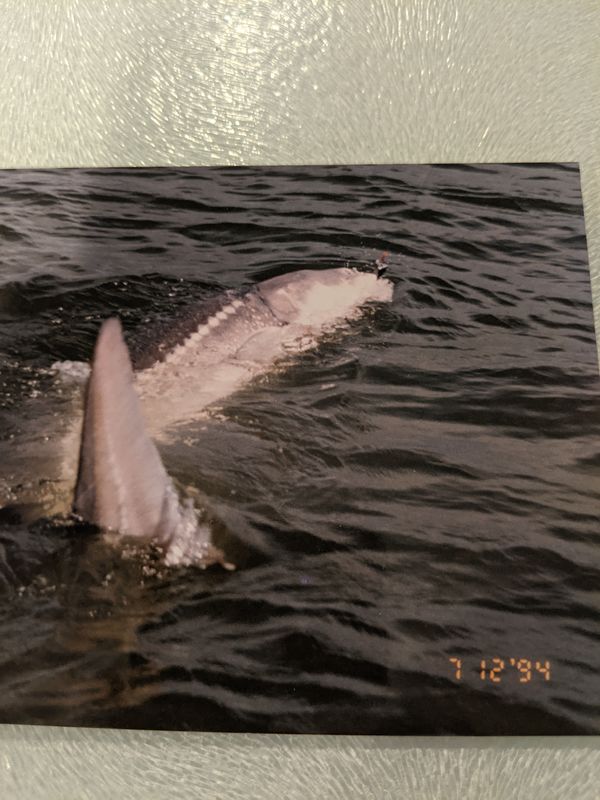 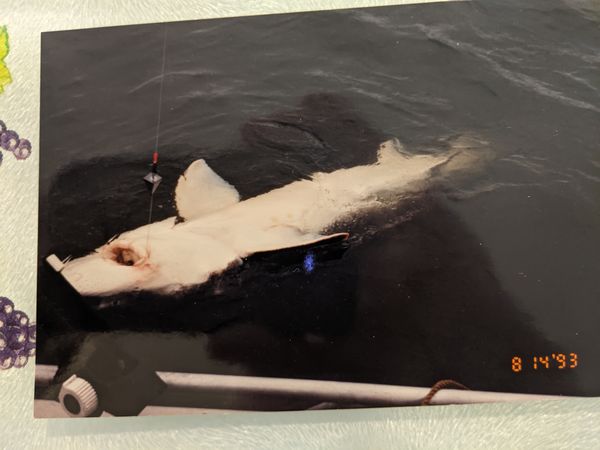 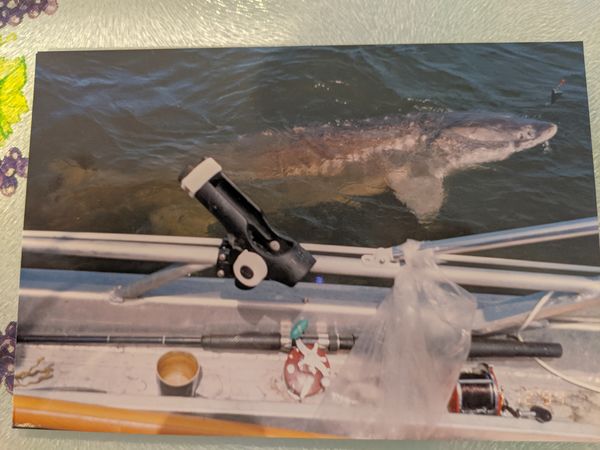 ...continue reading this topic >>
Finally got one
After trying for a month and a half I finally caught a big red 😁 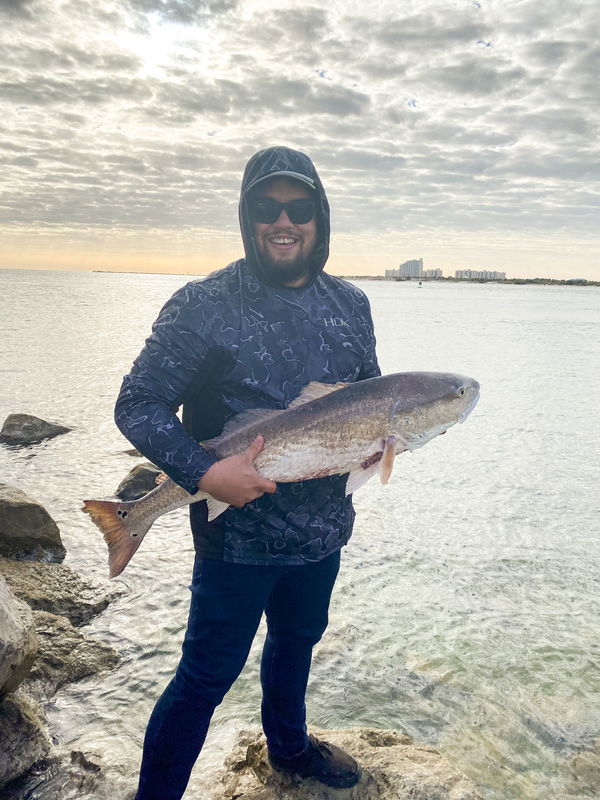 ...continue reading this topic >>
Powered Kayaks
I've noticed that powered yaks are becoming very popular, but the prices of major brands are pretty high. I looked at an Old Town Autopilot, and while very nice, close to $4,000. I'm not in the market (don't have the balance for it), but have been looking anyway. Bass Pro just came out with a package deal on their 13footer, with a Powerdrive Minn Kota, 5"Hook² fishfinder, and a deepcycle battery for $2,000. If you're in the market,check them out. 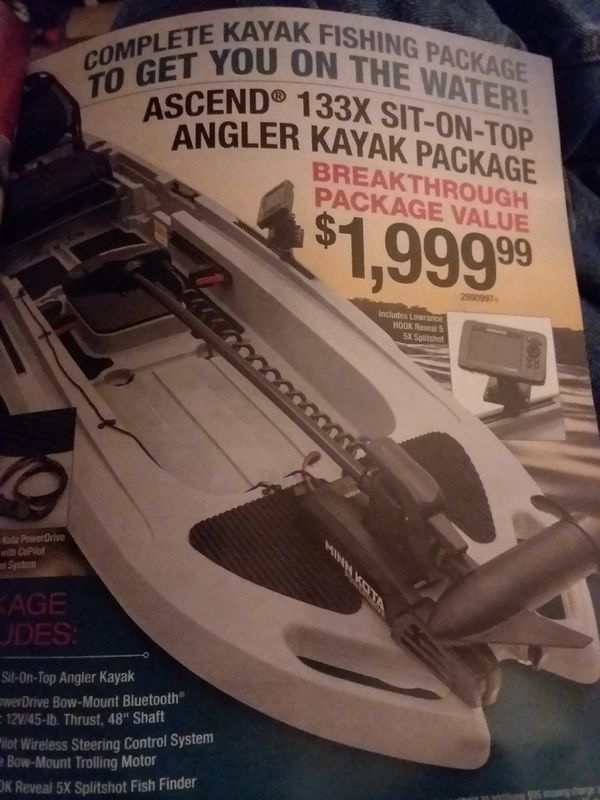 ...continue reading this topic >>
That’s me
Some same I am cheap when it comes to my attire. But I just think I have my priorities right. 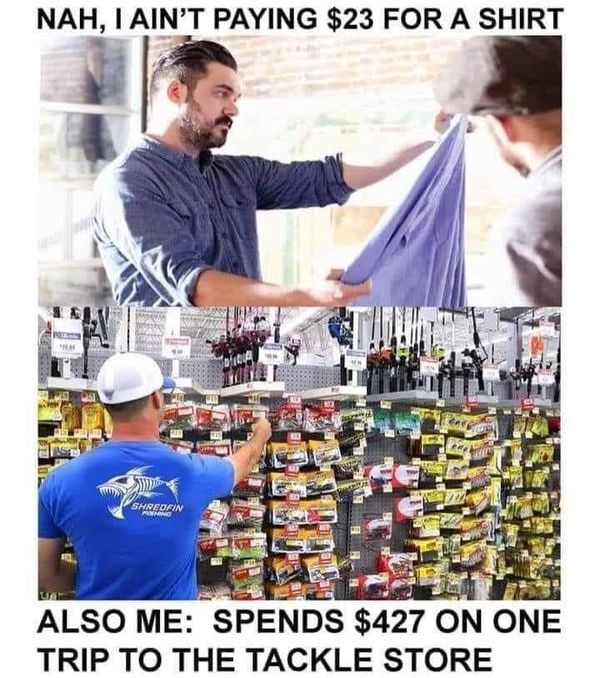