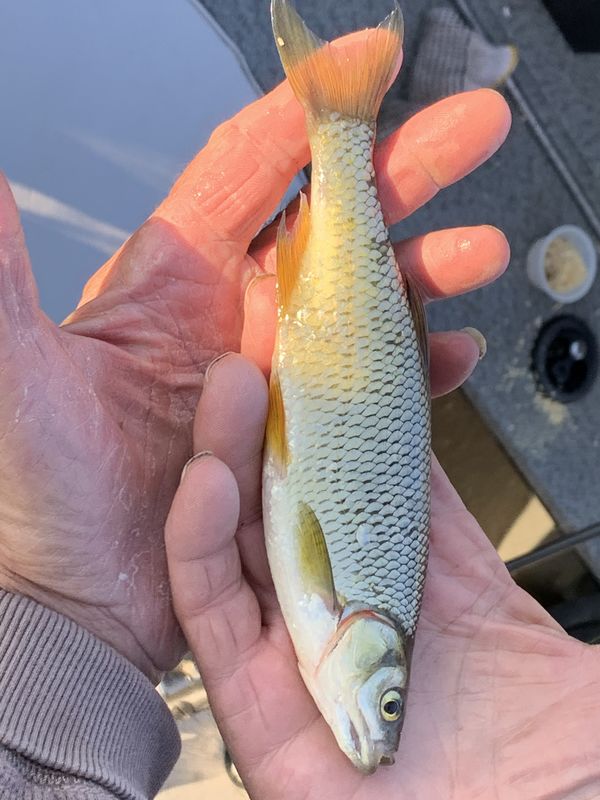 Spiritof27 Loc: Lincoln, CA
Looks like a shad or herring. Was it slimy and smelled realy fishy? Shad. Maybe an alewife?

Big dog
Spiritof27 wrote:
Looks like a shad or herring. Was it slimy and smelled realy fishy? Shad. Maybe an alewife?

Dharvey3 Loc: Northern Illinois
Looks like a white fish. I have been catching them in Illinois, only the last five years or so. Don't know if DNR has been stocking them or if they are just coming. Pretty sure that's what they are. A couple have been good size.

plumbob Loc: Belhaven NC
Don't know but hopefully you put it back for a real catch later.